Unleash the creativity in your ad agency by giving them an “open brief”. What is the BEST idea they can come up with for advertising your product or service in any given medium, no restrictions?

Objective: Drive zoo patronage for a special exhibit without relying too heavily on expensive TV, radio, and outdoor advertising.

The Copenhagen Zoo wanted to promote its new reptile exhibit and drive ticket sales. Take out some ads, right? Or, the zoo’s marketing office could employ the creative capability of graphic printers by using giant wraps. Shrink-wrapped city buses in Copenhagen gave the impression that they were being squeezed by a giant boa constrictor.

Working with city transit authorities on clever schemes like this to turn buses and subway cars into rolling message boards is easily done these days, especially as many cities are looking for new sources of revenue. And an ad that moves around the city all day will be seen by loads of people. 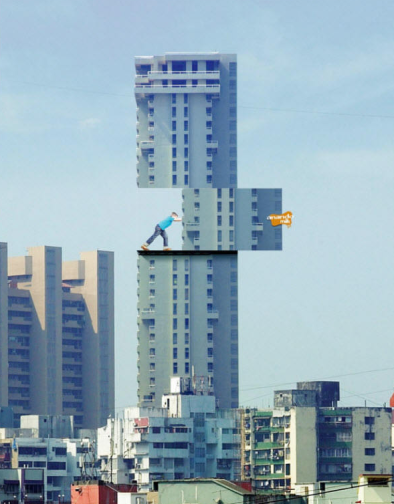 Best of all, advertising like this creates great “talkability”.

One of our favourite examples of great creativity is this ad for Anando milk, promoting the idea that their milk gives kids strength.

This ad was actually surprisingly easy to create. It’s just one long billboard, erected on the side of a prominent building, with a photographic skin stretched over the billboard.

But just look at the impact of this ad, compared to a standard billboard sign with some sappy headline like “Milk makes you strong.”

As the creators said “Considering every child lives in a world of fantasy, the idea was to exaggerate the benefit of milk into almost giving the child superhuman powers.”

You know who we think deserves most praise for this ad?

Well McCanns in Mumbai, who made it, for sure. But in our view the real hero is …

From time to time we will return to this theme, with gusto.